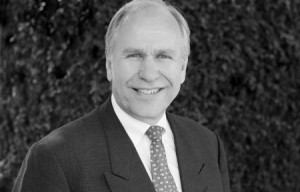 As SunBridge CEO, Allen aims to create a dynamic, collaborative environment in which Japanese information technology startups develop at a globally competitive pace.

Allen has significant experience in Internet, enterprise and open-source software, entrepreneurship, and international technology transfer.  Allen has been actively involved in each of the firm’s investments resulting in numerous successful IPOs, including salesforce.com, MacroMill, ITMedia and G-Mode, among others. Allen is currently a member of the Board of Directors of salesforce Japan.

Allen graduated from Brigham Young University with degrees in Computer Science and Asian Studies (he had earlier spent two years in Japan).  He joined Oracle Corporation in 1986 and was dispatched to Japan, where he founded and helped lead Oracle Japan.  Following commercial success in entering the Japanese market and a successful IPO on the Japan stock market, Oracle Japan has become a model for US technology companies entering Japan.  Allen returned from Japan in 1996 to serve as Oracle’s Vice President in charge of Linux/Open Source.

Allen created SunBridge Corporation in 1999.  As SunBridge CEO, he aims to create a dynamic, collaborative environment in which Japanese information technology startups develop at a globally competitive pace.  SunBridge provides a variety of growth-enabling services to both startups and global enterprises.  SunBridge services include early stage venture capital investment (with a portfolio of over 35 investments), software product and internet system co-development, sales and marketing strategy and execution, organizational strategy and recruiting.

Allen currently serves on the Boards of several SunBridge portfolio companies, as an advisor to government-affiliated organizations focused on innovation and entrepreneurship, and on the boards of NPO ETIC, a Tokyo organization promoting social entrepreneurship and providing entrepreneurial training for university students.   He was appointed to the Board of Directors of the Japan Venture Capital Association upon its founding in 2002.